Adyar is now a self perpetuating body in its own right

beyond the control of the Theosophical Society members,

and the fiefdom of a small power elite.

Adyar only benefits a few, yet members are still expected

to pay for something which brings them no return. 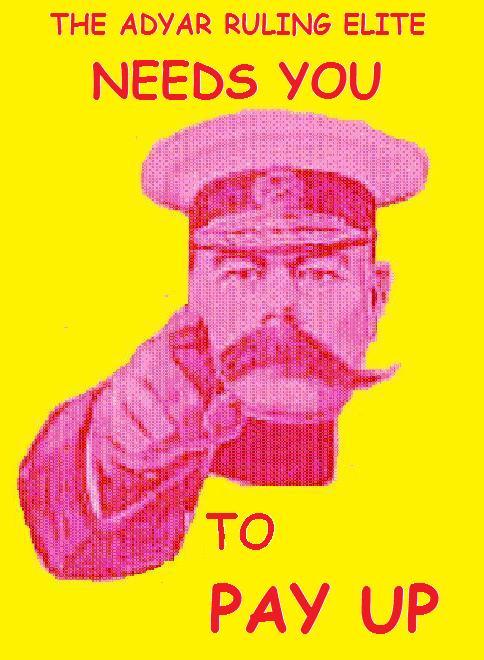 What pantomime are sections funding by supporting Adyar? A headquarters which brings no benefit to members and over which members have no control. Headquarters run by a ruling elite who provide jobs for their family members, presided over by a grandee who regards the membership as “BALLAST”, a comment which some have interpreted as caste based. Adyar staff members are bullied, belittled, abused, dismissed and evicted with no recourse. A governing body which is supposed to be in charge of Adyar but has relinquished control to a local aristocracy, and now keeps the members in the dark about everything. Two presidential candidates who show great talent for doing what the General Council tells them to do. An election is being held amid allegations of voting irregularities and the leadership fails to make enquiries or take any action at all. 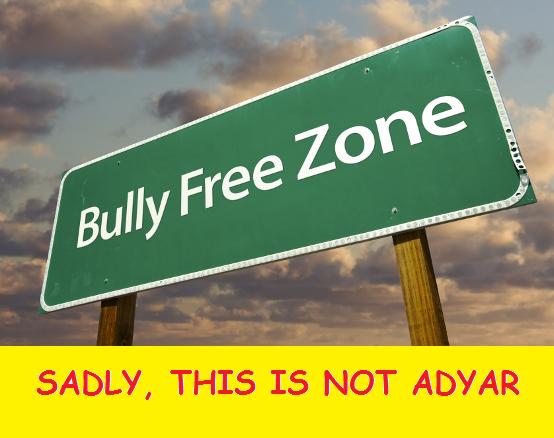 It's a sorry list of failure and controversy, and what would be your reaction if someone rattled a tin at you in the street, collecting for such an outfit? "You must be joking" is the politest response I can think of. You certainly wouldn't put any money in the tin and you would probably warn your friends not to do so.

Should anyone send any money to support Adyar and keep it going, or is it time to withdraw funding?

Members can begin by insisting that given the obvious loss of control of Adyar by members, combined with the current policy of withholding information, by the General Council on all Society affairs, money should not be sent from national sections to Adyar. A further sanction could be made of refusing to forward remittances to the national section leaderships if the national leaders remain determined to support Adyar. A move such as this may reveal that true General Council loyalties are to the Adyar ruling elite, and not to the members they represent. General Council members could be reminded that by maintaining silence, they are not representing the members who elected them. Also, by not taking effective measures to deal with matters at Adyar and the serious election concerns, the General Council is demonstrating that it is not the governing body, and power over the Society has been assumed by vested interests.

One thing to watch out for is any possible deal that has already been struck, which will involve the diversion of financial resources from sections to Adyar. It is clear that the Adyar ruling elite see the primary purpose of the members aka “BALLAST” as being to support the Adyar headquarters, and thus maintain the power base of the elite. As with the 2008 attempt to cheat the members out of their voting rights, any Adyar financing deal is likely to be kept secret, and this secrecy would probably be maintained even after it goes into operation. It would be appropriate for members to demand precise figures, on a repeat basis, for the amount of members’ money being allocated to Adyar.

There is already support amongst members for keeping money at home, and Adyar should now be asked to make a case for funding. The Adyar controllers are soon likely to find that funding for their power base is no longer automatic.