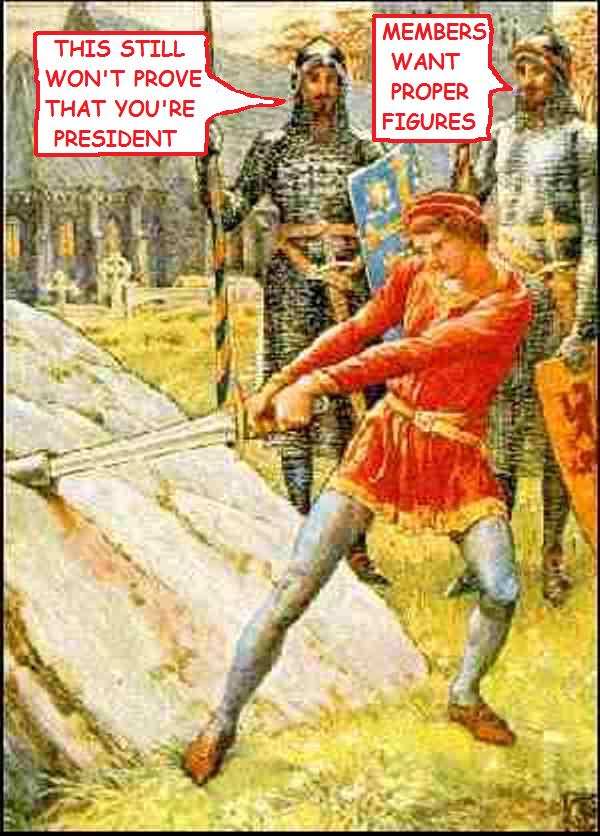 It would be no use pulling a sword from a stone

prove that Tim Boyd is president either, but it

does indicate that the ruling elite are expecting

trouble over the legitimacy of the election result.

On April 26th 2014 the ruling elite put out some figures to the effect that Tim Boyd had won the presidential election and proclaimed him to be the new Adyar Theosophical Society International President. This followed an election in which a policy of silence by the ruling elite suppressed news of a number of contentious issues such as a court case by members against the Society to retain the right to vote, and allegations of voting irregularities.

Only bottom line voting figures have been released and this lack of supporting data, combined with the doubts over the conduct of the election, renders the election of Tim Boyd unproven. The response of the ruling elite is further silence, and an evening with friends inauguration that excluded the membership. 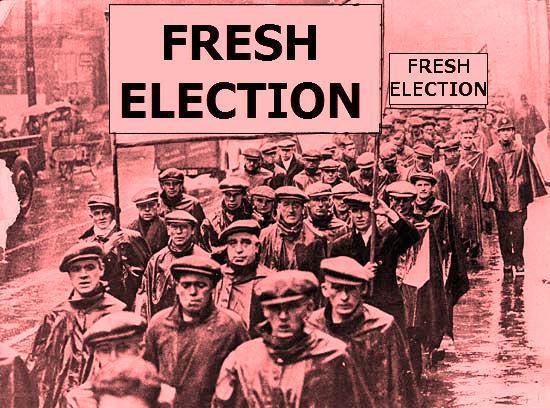 If the election issues aren’t resolved then a fresh election

may be the only option to hold the Society together.

All this could have been cleared up by appropriate action during the election followed by the release of proper information and a breakdown of the voting figures. Failure to produce this information leaves all but the diehard Adyar loyalists to conclude that the ruling elite has something to hide. Tim Boyd has the opportunity to assert presidential authority and produce the information that proves he is president, but he needs permission from his bosses to do this.

It is of course possible that the ruling elite intend to weaken Tim Boyd’s position by leaving questions about his election unanswered. It may be significant that Tim Boyd is behaving like an obedient subordinate rather asserting presidential authority. The ruling elite can now regard both the General Council and the President as their staff, and be sure that their position at the top of the Adyar remittance pyramid is secure as long as national leaderships continue to forward members’ fees to Adyar.

There is now some reluctance amongst sections of the membership to recognise Tim Boyd as President, accompanied demands for a fresh election. Alternatives to the Adyar levy on members’ fees are now being explored in some sections, and this is causing some discomfort at national leadership level.