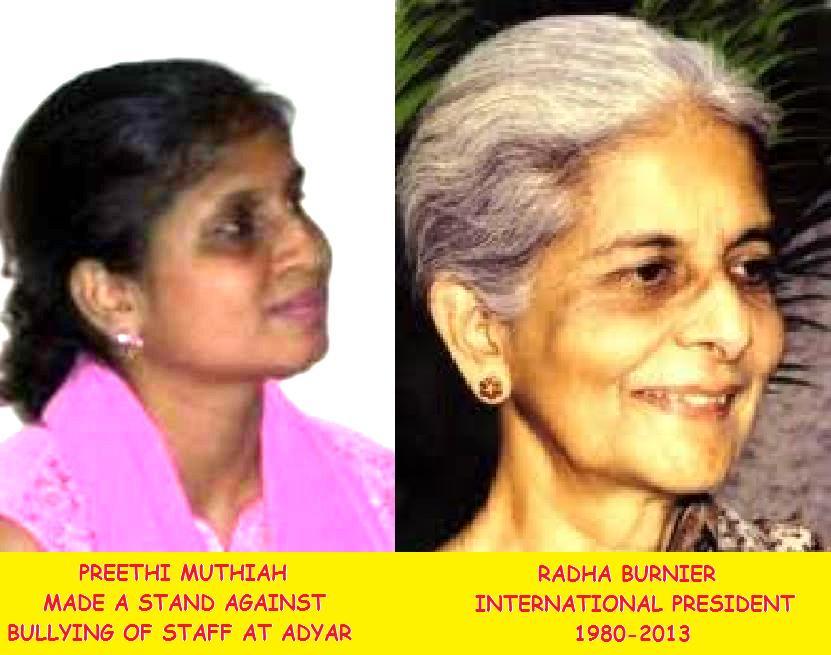 Preethi’s stand against bullying and the disgraceful campaign of

victimisation conducted against her are outlined in these links

The email below, sent by Preethi Muthiah to Radha Burnier and others in 2009 outlines a sad tale of bullying and abuse of power at Adyar. The General Council knew about the appalling treatment of Adyar staff at the hands of Radha Burnier but was too timid to do anything about it. It was clearly easier to take the weak option of turning a blind eye and to keep the information about bullying from the members. The Adyar Estate is owned by the Theosophical Society members and as their elected representatives, the General Council should have taken action to prevent bullying. It appears that no action has yet been taken to implement an anti-bullying policy at Adyar and to investigate cases of victimisation in the past. The email below indicates that a thorough investigation into the bullying of staff at Adyar is long overdue. Implementing this investigation should be a top priority for the incoming president.

Please note when reading this account that Subha Nilakanta is Radha Burnier's niece, Uma Nilakanta is also a relative. Note also that the word “pain” appears four times, the word “hurt” appears twice along with the word “hurtful”, and the word “abusive” is used twice. The email was sent after Preethi was forced out of her job and home at Adyar. Several other cases of victimisation are referred to, and all these should now be investigated. 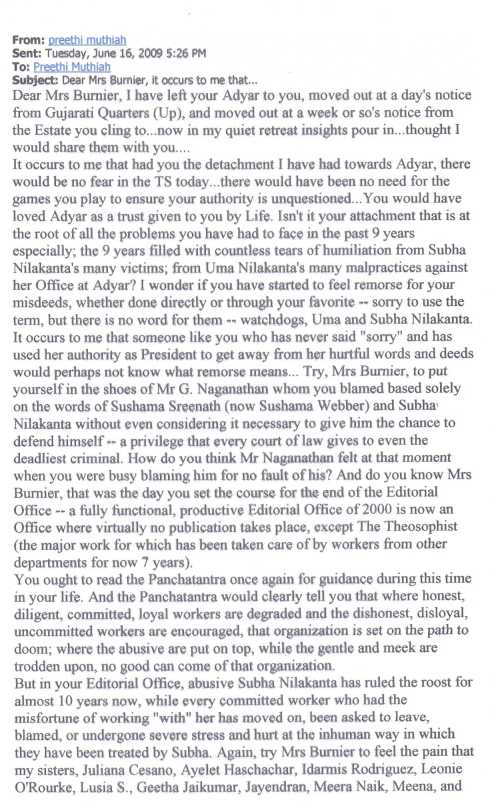 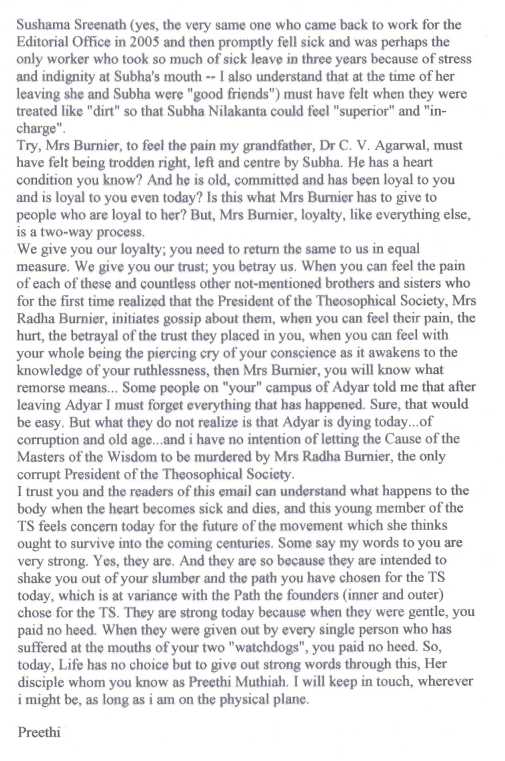